Rip, a pro baseball player nearing the end of his career, returns to his long-forgotten hometown to face his fractured past and discover a life beyond the diamond.​
​ 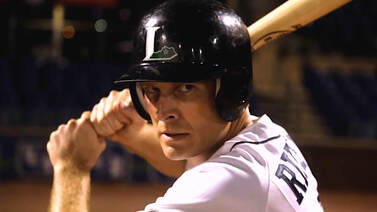 A few years ago, Major League baseball player Jimmy "Rip" Ripley was at the top of his game. But now he finds himself back in the minors after a debilitating knee injury has left him struggling to make it back to the "show." Following another dismal performance on the diamond, Rip retreats to a local pub to feed his growing appetite for liquor. But his bourbon-soaked pity party is ruined by an altercation with an autograph-seeking bar patron that ends with a right cross to Rip's eye.

​Just as he begins to break out of his slump, Rip is floored by the news that his club is cutting him from the roster. And if this wasn't bad enough, he also receives a message that his estranged father is gravely ill. With nowhere else to turn, Rip revisits his hometown of Sayreville to finally come face-to-face with the father he hasn't seen or spoken to since he was 18 years old. 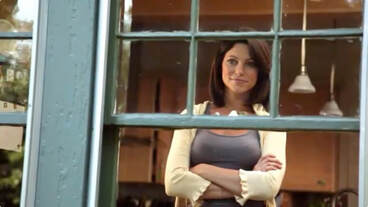 ​Things are different in Sayreville since Rip skipped town. His younger brother has married and started a family, and Rip's mother, whom he revered, has passed away. But the more things change, the more they stay the same. James Ripley, Sr. is still the coach of the perennial state champion high school baseball team, and Sayreville is still a baseball-obsessed town--so much so that its residents have turned a collective blind eye to the problem drinking that has led to James' failing liver and his one-way ticket to the hospital ward.

As Rip musters the courage to face his father, he reconnects with his brother and establishes a bond with Sam, a single mother and staff nurse at the hospital. Through these relationships, Rip begins to gain insight into the choices, opportunities, and sacrifices that people confront when they outlive the life of their dreams. 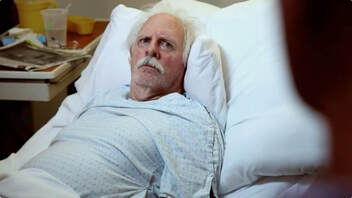 ​After nearly giving up hope on his career, Rip is offered a last chance contract to once again play pro ball. Having failed to deal with James and on the verge of leaving town, Rip is finally convinced by Sam to see his father before it's too late. Resolved to set things straight, Rip visits James in his hospital room, and the two confront the rift that destroyed their relationship many years before. In the course of their heated exchange, Rip discovers that the events that led to his bitterness towards his father may not have transpired in the way he had perceived. At a crossroads, Rip must decide between holding on to his resentment or granting the gift of forgiveness. But in the end, who is it that he really needs to forgive?​
​